Why does the author mention …?

The author discusses … in paragraph … in order to…

The author uses … as an example of …in order to…

In mentioning …, the author is making which of the following points?

What is the main purpose of paragraph 7?

What is the structure of paragraph 2?

How is paragraph 4 related to other parts of the passage?

A.To indicate that some seeds are less likely to survive than others

B.To point out that many angiosperms can be eaten

D.To illustrate the variety of coverings among angiosperm seeds

One type of seed-bearing plant, the angiosperm, includes all forms of blooming vegetation. In the angiosperm the seeds are wrapped in an additional layer of covering. Some of these coats are hard–like the shell of a nut–for extra protection. Some are soft and tempting, like a peach or a cherry. In some angiosperms the seeds are equipped with gossamer wings, like the dandelion and milkweed seeds. These new characteristics offered better ways for the seed to move to new habitats. They could travel through the air, float in water, and lie dormant for many months.

2.What is the purpose of the statement, “Whereas in 1810 only a seventh of the American people lived west of the Appalachian Mountains, by 1840 more than a third lived there”?

B.To correct a mistaken impression of American agriculture from 1810 to 1840

C.To emphasize the range and speed with which the westward migration occurred

D.To demonstrated how attractive the Appalachian Mountains were to Americans

Paragraph 1: The story of the westward movement of population in the United States is, in the main, the story of the expansion of American agriculture—of the development of new areas for the raising of livestock and the cultivation of wheat, corn, tobacco, and cotton. After 1815 improved transportation enabled more and more western farmers to escape a self-sufficient way of life and enter a national market economy. During periods when commodity prices were high, the rate of westward migration increased spectacularly. "Old America seemed to be breaking up and moving westward," observed an English visitor in 1817, during the first great wave of migration. Emigration to the West reached a peak in the 1830's. Whereas in 1810 only a seventh of the American people lived west of the Appalachian Mountains, by 1840 more than a third lived there.

3.Why does the author mention that “English and Dutch ships carrying rye from the Baltic states reached Spain and Portugal”?

A.To suggest that England and the Netherlands were the two most important trading nations in seventeenth-century Europe

C.To contrast the importance of agricultural products with manufactured products

D.To argue that shipping introduced a range of new products

4.The author mentions “343 men at one fort engaged on tasks like shoemaking, building a bathhouse, operating kilns, digging clay, and working lead” in order to

A.describe the kinds of tasks soldiers were required to perform as punishment for disloyalty or misdeeds

B.illustrate some of the duties assigned to soldiers to keep them busy and well-behaved when not involved in military campaigns

C.provide evidence that Roman soldiers had a negative effect on the local area by performing jobs that had been performed by native workers

D.argue that the soldiers would have been better employed in the construction of infrastructure such as roads

Paragraph 2: Economic exchange was clearly very important as the Roman army brought with it very substantial spending power. Locally a fort had two kinds of impact. Its large population needed food and other supplies. Some of these were certainly brought from long distances, but demands were inevitably placed on the local area. Although goods could be requisitioned, they were usually paid for, and this probably stimulated changes in the local economy. When not campaigning, soldiers needed to be occupied; otherwise they represented a potentially dangerous source of friction and disloyalty. Hence a writing tablet dated 25 April tells of 343 men at one fort engaged on tasks like shoemaking, building a bathhouse, operating kilns, digging clay, and working lead. Such activities had a major effect on the local area, in particular with the construction of infrastructure such as roads, which improved access to remote areas.

5.Why does the author state that "Earth had experienced previous periods of climatic change, and yet agriculture had not been developed"?

A.To suggest that climate change had occurred long before the development of agriculture

B.To argue that climate change does not properly explain why agriculture developed

C.To challenge the assumption that agriculture developed only in some parts of the world.

D.To question the claim that climate change occurred at the time when agriculture developed

Paragraph 4: It would appear that the instability of the climatic conditions led populations that had originally been nomadic to settle down and develop a sedentary style of life, which led in turn to population growth and to the need to increase the amount of food available. Farming originated in these conditions. Later on, it became very difficult to change because of the significant expansion of these populations. It could be argued, however, that these conditions are not sufficient to explain the origins of agriculture. Earth had experienced previous periods of climatic change, and yet agriculture had not been developed. 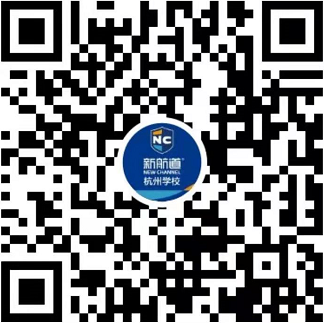